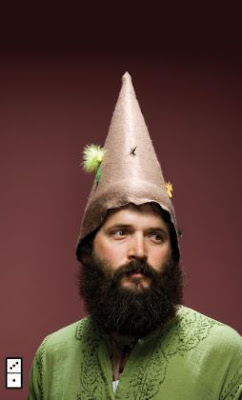 It seems that during the last few years, controversy and “in your face” attitude have been used in several social related marketing campaigns. (France’s AIDES campaigns, Camp Okutta for Children online videos, MTV’s Sex is no accident…). What do you think about that trend? Do you think there must be a limit or, if the cause is noble, the marketer can be as provocative as he/she wants?

I think that provocation gets old, faster and faster. I’m not sure that doing good gives you the moral right to be obnoxious, but either way, it’s not going work for much longer.

What’s the most groundbreaking or outstanding social related marketing campaign that you’ve ever seen?
I’m more interested in what works than what’s cool. Kiva works, no doubt about it. AmeriCorps. The Peace Corps. Doctors without Borders…


In your book Tribes, you cover the subject of leadership, do you think that the figure of “The Hero” –man or woman who helps others in a selfless way - has changed during the post 9/11 years and with the rise of the Social Networks?
I think we want heroes more than ever, but transparency makes them more difficult to find. There’s no doubt that the heroes we remember would be victims of scandal if they were alive today.
What do you think are the main challenges that the current western society is facing?
Short-term gratification and fear of caring.
If you could give a “Last Decade Purple Cow Award” – in the Oscars fashion- to a charity or social related organization for its remarkable work and ideas, who would be the undisputed winner?
Well, all awards are disputed. But I think the work Acumen Fund is doing is the sort of thing they give Nobel Prizes for.
Can we say that, somehow, social entrepreneurship is the new rock n roll? (They are on the cover of the magazines, they look like them, some of them have the same attitude…)
No, but I think we can say that rock n roll is the new marketing.
What do you think about companies like TOMS shoes business and social model? Do you think this model will be the future of how we can give back VS the traditional donation based system?
Toms is a magic combination of tribal behavior, fashion, selflessness, selfishness and the next big thing. Hard to imagine 1000 Tom’s clones all succeeding…