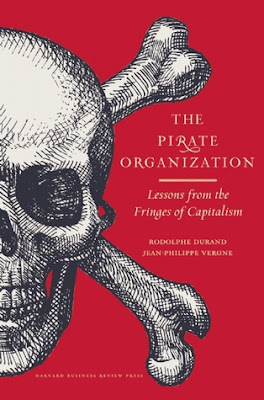 What are the main points behind The Pirate Organization: Lessons from the Fringes of Capitalism book? How did you and Rodolphe Durand and you come up with the idea?

Back in 2005, at a time when I was reading a lot about cyber-piracy, I visited the Scheepvaart Museum in Amsterdam (Maritime Museum), which featured an exhibition about sea piracy in the 17th century. And I began to realize there were many connections between these two historically distant forms of piracy. So I asked myself: why do we use the same term, “piracy”, to describe sea robbers in the modern age and some hackers nowadays in cyberspace? What do they have in common? A few years later, Rodolphe and I were talking about the history of capitalism from the perspective of Gilles Deleuze’s philosophy. We had similar views in many respects – in particular, we both believed that Deleuze (and Guattari) did a great job at theorizing capitalism, except that we felt that their story would benefit a lot from looking at an additional level of analysis – the organizational level. We were unsatisfied with the idea that capitalism was just about individual desires and the State. In between the two, there are many different types of organizations that channel human agency. In a way, the bureaucratic organization (in the Weberian sense) can be seen as the mother of all capitalist technologies. Pirates, in particular, are not lone wolves but belong to organizations that are sometimes powerful enough to change the course of history by making visible the inherent contradictions of the capitalist State. In fact, we realized that piracy was key in explaining many aspects of capitalism’s evolution that economists hadn’t addressed at all. We decided to join forces and write a book together in 2010. It first came out in French under the title L’Organisation Pirate.
Read more »
Publicat per Trash Icons a 9:57 AM No comments:
Email ThisBlogThis!Share to TwitterShare to FacebookShare to Pinterest
Etiquetes de comentaris: activist, author, barcelona, book, economics, Economy, inspiring, interview, Jean Philippe Vergne, money, organitzation, pirate, society, Sociology, trash icons 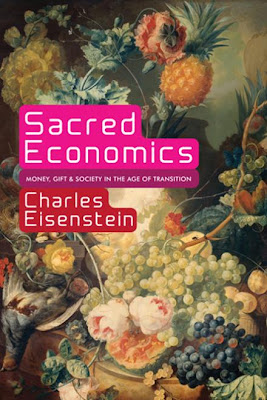 1. You say that money needs a transformation with a profound effect from profanity to sacredness. What’s behind the concept of Sacred Economics?

The book starts with the observation that money is not aligned with what is becoming sacred to us, for example ecological healing and social justice. In the past, we have just taken that opposition for granted. We assumed that goodness, sacredness, and so forth were outside the money realm, that holy people don't have much to do with money. But this is no longer sustainable, because the behavior that money drives is destroying the planet. We need to change the nature of money, so that it is no longer the enemy of sustainability, not to mention the sacred. The book describes how we got to our current state of a crisis that won't quite go away, and how we can change the money system and the economy that embeds it. It also explores the personal and community dimensions of this transition.