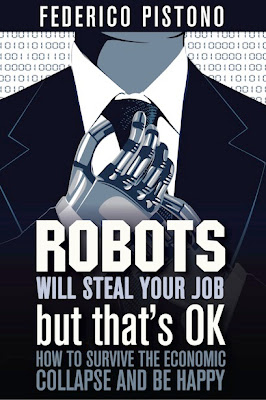 You are not even 30 years old but you already have experience as an award-winning journalist, a social entrepreneur, a scientific educator and you’re also a well-known activist among other things. That’s very impressive, can you tell us a little about your academic and professional background?

That's funny, see when I was a kid my teachers thought I wasn't good enough, and that I should give up studying and the best I could hope for was working on some repetitive and stupid job. I didn't listen to them. At 16 I won a full scholarship for a prestigious and highly selective international college, the UWC, whose mission is to "make education a force to unite people, nations and cultures for peace and a sustainable future." I went into hacking and social engineering, sustainability, I started various non-profits, grassroots social movements, and I did many different jobs. I worked as manager in an IT company, system administrator, web developer and designer, journalist, social media strategist, event organiser, even screenwriter and director in a video production company. I got my BSc in Computer Science, then I won another full scholarship for the graduate study program at Singularity University, in the NASA Ames research Park in Silicon Valley, from which I graduated last summer. Now I give lectures at universities and Fortune 500 companies all over the world and I have my own startup in New York. If I had listened to some of my teachers, I would have been sweeping the floors of the school, or at best working at a monotonous office job 9-5.


How did you come up with the idea of writing “Robots Will Steal Your Job, But That’s OK: How to Survive the Economic Collapse and Be Happy”?  What are its main points?

When I founded The Zeitgeist Movement Italy, I was discussing with social activists the problems of society, and how to solve them. One of the recurring points that we consistently found and noticed that nobody ever spoke of in the mainstream was the problem of technological unemployment, which loosely states that as technology advances exponentially, the displacement of human labour by machines and automation by machines will continue to exacerbate in the future. Basically the new technologies create less jobs than they take away, and that's a big problem in the current system.

What do you think are the main problems and challenges of technological unemployment in a capitalist society?

Companies need to make profits, that's their bottom line (unless they are b-corps or similar, like mine, but we are a minuscule fraction of the pie). The easiest way to do that is to increase productivity per employee, which means that you want to automate as much as possible. That's OK if this process creates as many new jobs as it takes away of the old one, as it has been historically the case for hundreds of years. But now machines are getting smart, smarter than many of us in fact, and things are changing.

Do you think that technology, automation and science could help alleviate worldwide poverty? If so, how could that be implemented in a 10-year cycle?

I think they definitely could, and more than that, I think it should be a moral imperative that they must. There is no reason that anybody should go hungry or sick today, other than social inertia and sheer ignorance. That must change.

The Exponential Function is a quite confusing term that we’ve been hearing about lately. In your book you dedicate a whole chapter to it, can you tell us what it's all about?

Sure. Imagine you take 30 steps. Each step is about a metre, so if you walked linearly you would go for about 30 metres. Now let's see what happens if you double the distance at each step, or if you were to walk exponentially. That's 230, or about one billion steps. That's the same distance between the Earth and the Moon. Twice. And then you still have enough steps to circle the Earth. Eight times over.

As it turns out, technology has been advancing exponentially for at least 120 years, but people think linearly, so they see computers and robots today, and they think, yes they are kind of smart, but also still kind of dumb, and think it's going to take thousands or hundreds of years to catch up with us and eventually surpass us. I think they are very, very wrong.

Now let’s focus on the part of "how to survive the economic collapse" of your book’s title. Can you give us a few tips or advice on how to do it?

I think before anything else we must recognise and agree on a couple of basic concepts. One, the current socio-economic model is environmentally unsustainable, and no matter what kind of miraculous technology we'll invent, it's physically and mathematically impossible to keep a conspicuous consumption model indefinitely. There is a great quote that I love, “Anyone who believes in indefinite growth in anything physical, on a physically finite planet, is either mad or an economist.” That means we inevitably have to switch to some sort of dynamic equilibrium/steady state economy. Two, just because humans have lived pretty much under the same paradigm for the past 10 thousand years, it does not mean that it has to continue this way forever. Once we accept these two premises, then we can start planning how to do that, and in the book it's precisely what I attempt to explore.

Despite your young age, you have travelled around the globe and met many interesting people. What’s the most valuable lesson –outside Academia-  you’ve ever learned?

Without a doubt, to celebrate mistakes, failures, and the lessons you learnt from them. We live in a society where we stigmatise mistakes, and that is a huge problem. Mistakes are the only way we can find out what's wrong, improve, and move forward. If you've never failed, you've either never tried, or never did anything interesting in your life. Yet we live in constant fear of making mistakes, because we don't want to be judged, because we're afraid. If we can change that, we are going to see an unprecedented wave of innovation and great ideas being made into reality, and we can fix any challenge we'll have to face.

What do you think is the greatest challenge that mankind will have to overcome in the next 10 years?

Overcoming inertia. I know, it doesn't sound like the usual answer you get to a question like this, but I think this is the nut to crack. We have a tendency to follow wherever the events bring us. That isn't surprising, it takes less effort to go with the flow than to fight it. But going with the flow might get us killed, or worse. We need to step up and recognise the reality, and the possibilities that we have, and make the right choices (I also wrote a scifi novel, "A Tale of Two Futures", to inspire people to think about this issue). A collaborative, shared, and open source world, is ultimately better for everyone, and that's what we should be aiming for, in a very practical way. Starting Open Source projects, donating or collaborating to existing ones, lobby to get patent and copyright reform, build sustainable communities and share your blueprints and experiences, grow your own food, start socially conscious businesses that put people and environment before profits, or choose a job in one of those companies instead of banks, financial institutions and large corporations.

You are starting a sort of learning revolution with your involvement in the Esplori project (http://esplori.net). What are its main points?

Esplori means “to seek out knowledge", and it’s the dream I’ve been working on for some time. I believed all of the world’s knowledge should be made available to anyone on earth regardless of their language, geographical location, or financial status. Imagine one place where all the world’s knowledge on video is aggregated and made available in every language on earth. And not just K-12 (elementary and high school) and college level but anything that’s worth learning, at any age. We need to move away from two preconceptions that I think hold society back: that education is for kids or academics only, and that the traditional model of teaching is the only one possible. Learning is lifelong, especially in this ever-changing world, and we can finally have the tools to experiment new ways of teaching and learning.

I want to develop the tools to allow for this to happen, and give them away for free. The individual courses might have a hybrid revenue model, but the tools must be free. If we can build a strong enough community around it and partner with the right institutions and companies, eventually any person on earth will be able to afford a quality education for their whole life, and become whoever they want.

That's my dream, and I'm working on making it happen.

How do you think the open source philosophy or way of thinking could be implemented in the current capitalistic economic system?

It's already being implemented! Just look at thousands of success stories of successful Open Source projects. But it's also being hindered by an outdated and nonsensical copyright and patent system. All publicly funded scientific research and all pharmaceutical research (all of it, not just the publicly funded!) should be made open access, available at no cost, under a Creative Commons licence that permits unlimited copying. Also, we must get rid of DRM, there should be fines for copyright and patent trolls proportional to what they are asking, and the same goes for bogus DMCA requests.

There are many ways to achieve this: lobby the government to pass legislation in favour of it, do not vote for politicians that don't explicitly support this position, don't buy products from companies that oppose free and open licenses, demand that your personal data be set free, support organisations that are working on making this happen, and take part yourself in the open source culture.

If we can have that, it will be the starting point for the creation of a true civilisation worthy of the name.